Coeur d'Alene National Forest
​49N-5E-31
​July 28, 1911: "Sunday's new fire on Steamboat creek north of Nelson, was the hardest to curb of any so far, and covered a larger area than any of the others, practically 30 acres. The blaze was reported early yesterday. Notification reached the local office from two lookout point almost simultaneously.
James Daniels on Sunset peak, nearly 20 miles away, first sighted it. A few minutes later a second message came by phone from grizzly peak. By dark a large crew had the blaze under control.
One fire was reported this morning from Springston and was said to be located about one mile from there. A second blaze was reported from the Sunset lookout, near Rose lake. Crews have been put to work on both of these." (The Spokesman-Review)
September 8, 1911:   "James Daniels, in charge of the government lookout station on Sunsetr peak near Wallace, discovered a fire more than 48 miles away, and directed rangers with an accuracy almost absolute.
From his point of vantage north of Wallace, Daniels detected smoke south of the headwaters of Pend d'Oreille lake.  Though the distance is approximately 50 miles in an air line, with the aid of maps and glasses he was able to limit the fire to a mile radius.  He gave his report to Wallace by telephone from his mountain station.  In less than 30 minutes two fully equipped crews were making their way over trails toward the fire.
Communication to both of these crews was sent over the new government line being built out of Coeur d'Alene.  This line is now 27 miles long and includes a cable across Hayden lake.  The 27 mile line was put into working order Saturday.  Due to quick work of the department this was quickly put under control."   (The Rathdrum Tribune)
​
1916:   log cabin   (Kresek)
May 29, 1919:   "Next to the carelessness of campers in leaving smouldering embers to be fanned into flame, the most common cause of forest fires is lightning.  This being the period of frequent electric storms, the forest service is preparing to establish lookout stations on many of the higher peaks of the district which will be maintained until late in the fall.  These stations have proved most effective in locating forest fires and having them extinguished before serious damage is done.  One of these stations has been maintained for several years on the summit of Sunset peak at an elevation of 6424 feet above sea level.  A substantial house has been erected which stands the strain of gales that sweep that bleak elevation, and in which a lonely sentinel stands guard quick to report any suspicious smoke that comes within the range of his vision, and through the complete telephone system of the forest service his report is quickly followed by the dispatch of the nearest fire guards to the spot.
The man who has held the Sunset post for several years is Charles Godeski.  When Uncle Sam entered the war he joined the engineer corps and was soon sent to France, where he participated in the strenuous life that characterized the work of the American engineers along the western front.  He has recently returned and will soon be discharged, when he will again take up his lonely vigil on Sunset.  He has occasional visitors to break the monotony during the summer months, all of whom receive a cordial welcome from Mr. Godeski.  The Boy Scouts have a habit of going up there and camping over night, and many other visitors find a climb to the summit of Sunset a delightful day's outing.  In the lookout station is a register for all visitors to sign."   (The Wallace Miner)
​
1928:   cupola added to the cabin   (Kresek)
​
​October 7, 1945:  "Highest peak in the forest is Sunset peak, about 12 miles north of Wallace.  Described by forest officials as the most important lookout in the district, the 6,424 foot peak is being watched for forest fires by 17-year-old Jane Butler of Wallace."  (La Crosse Tribune)
​
1950:   L-4 cab moved from Maple LO.   (Kresek) 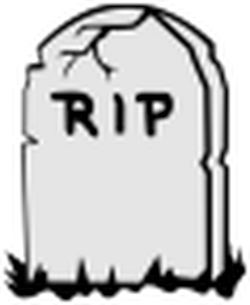