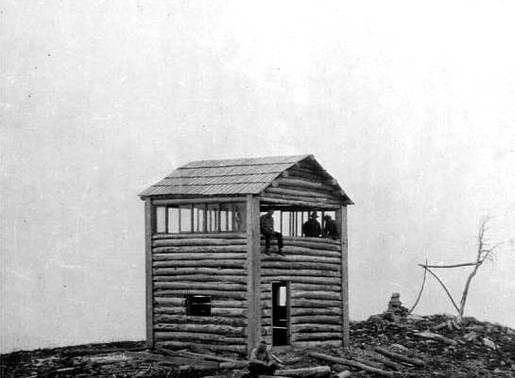 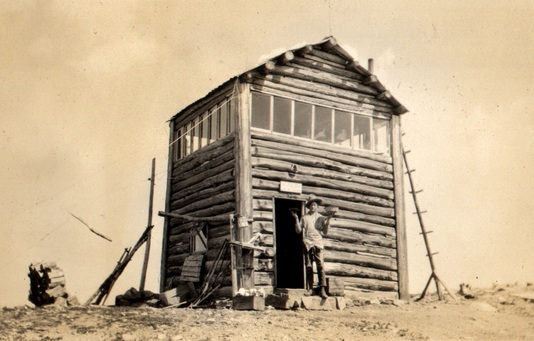 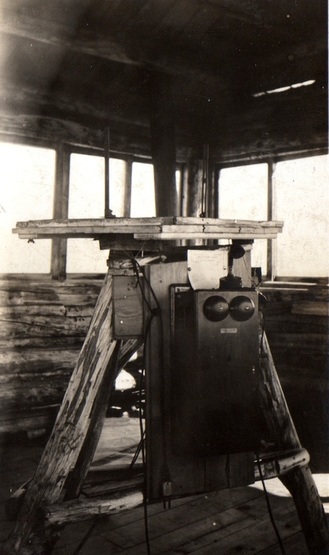 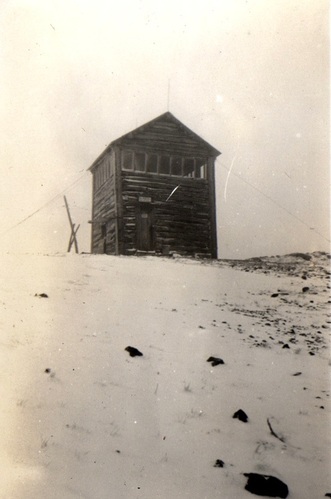 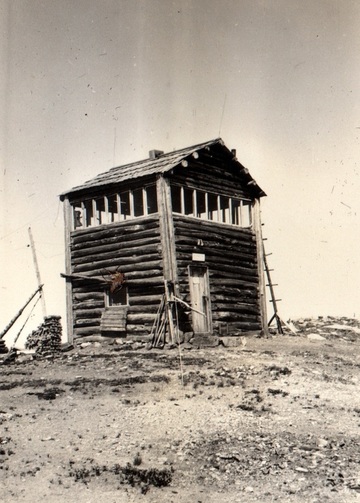 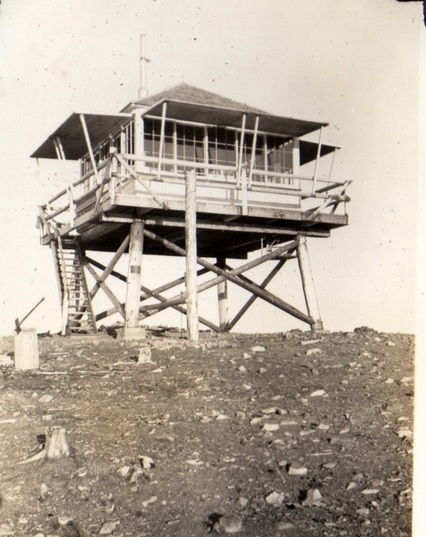 1935
The Kenneth E. Carpenter Photograph Collection,
Bitterroot National Forest Heritage Program Archives
Permission for use required
August 21, 1919: "The Meadow Creek fire in the Nez Perce forest today made a run of 20 miles, jumping over the Selway forest and into the Salmon river country and forcing the men at the lookouts station on Mount Spot to leave in haste.
The threatening blaze on Beaver Ridge on the Powell country forced the fire fighters in that vicinity to move yesterday to Beaver Meadows." (Independent – Helena)
July 16, 1959:   "Spot Mountain was manned early this week by Peter Larson."   (Ravalli Republic)
June 21, 1963:   "Spot Mountain:  Jim Miner of North Franklin, Connecticut.  Miner is a Sophomore at the University of Connecticut.  He is majoring in Forestry."   (Ravalli Republic)
July 3, 1969:   "John and Claudia Jo Driscoll of Hamilton will be a man-wife team on Spot Mountain.  She is a 1969 graduate of Gonzaga University with a degree in English.  He is a graduate student at Columbia University in international affairs.  They will return to Columbia University this fall."   (Ravalli Republic)
REX'S FIRE LOOKOUT PAGE